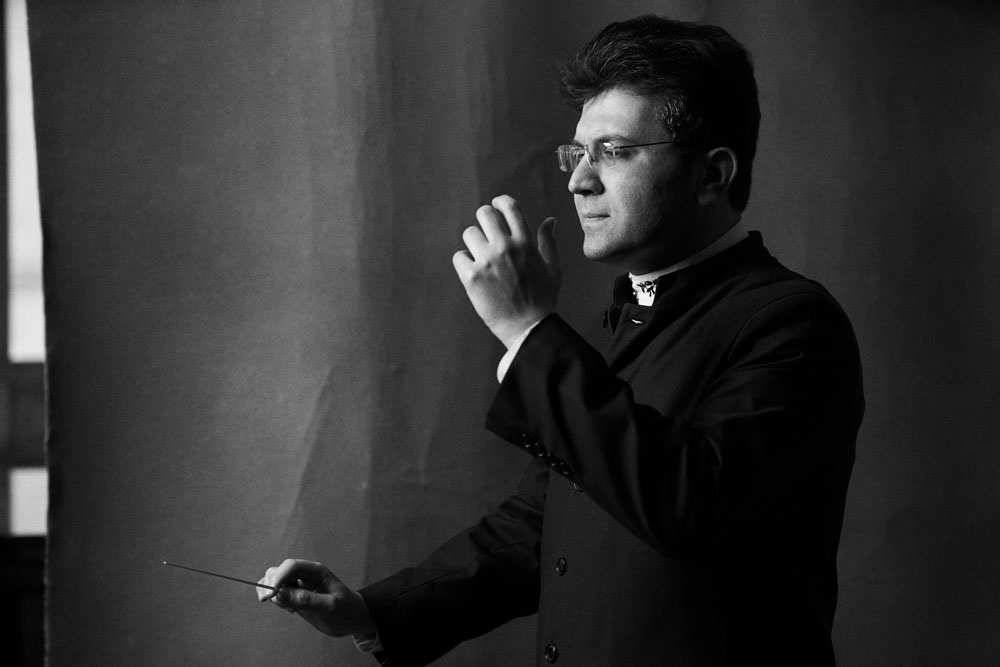 As an internationally renowned symphonic and operatic conductor, AYYUB GULIYEV is motivated by a profound belief in music's power. He currently serves as Principal conductor and Artistic director of the Azerbaijan State Opera and Ballet Theatre  (from November 2018),  Guest conductor of the Kunming International Philharmonic (China), Belarus Bolshoi State Opera and Ballet Theatre and Bohdan Warchal Slovak Chamber Orchestra. A.Guliyev also appears as guest conductor with some of the world’s most famous musical institutions: in 2010, 2014-2017 he leads the Toscanini Philharmonic in Rome, Madrid, Bologna and Parma; takes the Vienna KammerOrchestra, Novosibirsk Philharmonic and Slovakia Philharmonic Chamber Orchestra on a tour of Azerbaijan.

Ayyub Guliyev is one of the most decorated Azerbaijan conductors of his generation. He received the Azerbaijan Foundation “Friends of the Culture” Award - “The Best Musician of the Year”. In 2009, he was named “Best Musician of the Festival” at the “Musical Olympus” Festival in St.-Petersburg. In March of 2017 he was named the title “Honorary art worker of the Azerbaijan Republic”, one of the highest honors in this country. In 1998 upon the decree of the President of the Azerbaijan the name of Ayyub Guliyev was voted into the “Golden Book” of the Young Talents”. In 2008, he received the Azerbaijan Ministry of Culture Award “Peak” and “Humay National Prize” in 2013.  In May of 2014, Guliyev also awarded “Honorary Medal” of the Turksoy Organisation in consideration of his “eminent merits in the musical art.” Previous year in Baku he received the prestigious Award “The Best Achievement of the Year”. From 2014 up to our time Guliyev was awarded of the Presidential State Prize for the musicians.

His conducting studies began in 1999at the Baku Music Academy named after Uzeyir Hadjibeyli and that same year he was given his first conducting position, Associate Conductor of the Bulbul Youth Symphony Orchestra. In March of 1997, great cellist and conductor Mstislav Rostropovitch invited Guliyev to join him at his 70th Anniversary concerts in Baku and Moscow. In 2007 he received his post-graduate degree from the N.A.Rimsky-Korsakov St.-Petersburg State Conservatory (prof.Alexandr Polischuk). Ayyub Guliyev was a conducting fellow at the Summer Academy of the Vienna State University of Music and Fine Arts (2008, with M.Stringer), European Music Academy in Teplice, Chech Republic (in 2009, with J.Schlaefli) and Conducting Academy of the Berlin KammerOrchester in Vilnius, Lithuania (in 2010, with prof. M.Jurowski).