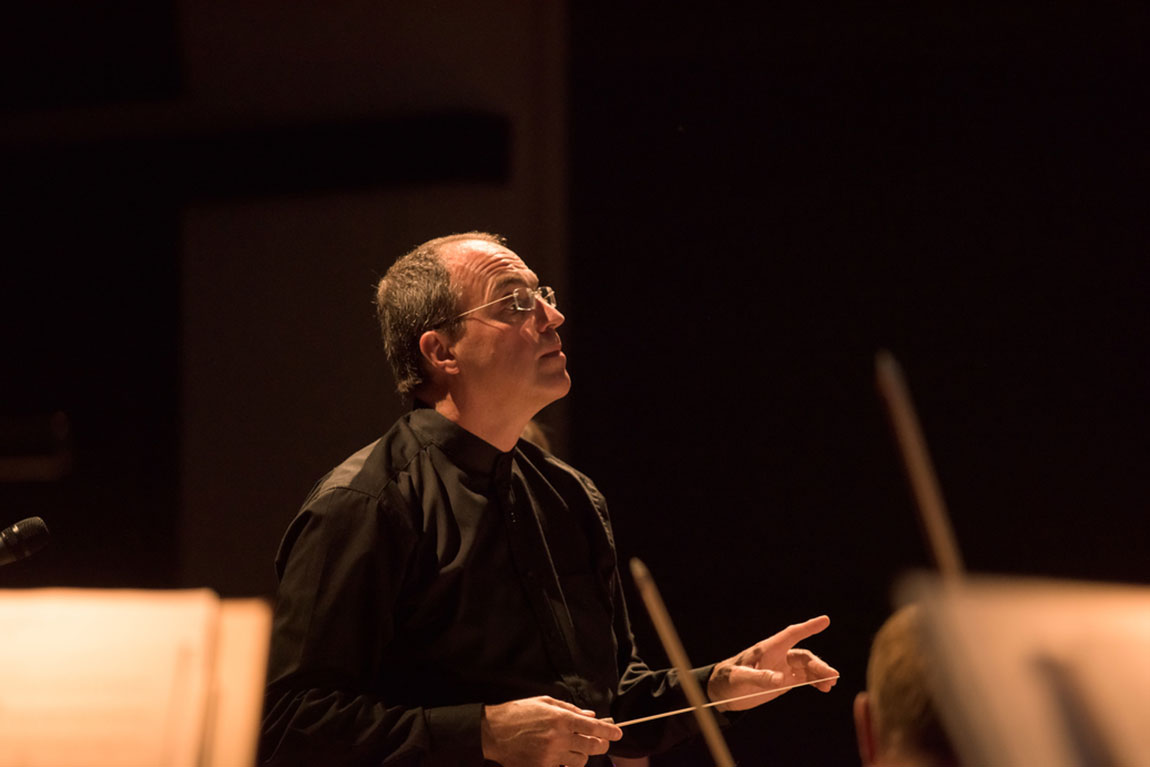 Christian Fitzner is a German conductor, born 1962 in Stuttgart.

From early childhood on he underwent intensive musical education attending classes for horn, pianoforte and chamber music. In 1978 he started studying at the conservatory Staatliche Hochschule für Musik und Darstellende Kunst Stuttgart and was first trained as hornist and pianist by Johannes Ritzkowsky, Mahir Cakar and Hermann Baumann. Afterwards he studied conducting with Prof. Thomas Ungar and received his diploma as a conductor in 1988. During his studies he participated at many international conducting courses in Siena, Weimar, Vienna, Salzburg, Assisi and Szombathely with Ferdinand Leitner, G. Roshdestwensky, S. Celibidache, Rolf Reutter, etc..
These years saw him on the conductor’s desk of the Württembergische Philharmoniker Reutlingen, Orchester Baden-Baden, New Symphonic Orchestra Boston, Südwestdeutsches Kammerorchester and the Orchestra Filharmonica di Russe.

From 1987 to 1993 he was director of the Städteorchester Wangen im Allgäu. During this time he assumed in 1990 conductorship of the Landesjugendkammerorchester Nordrhein-Westfalen. To this orchestra he had been associated already as an assistant since 1986. In 1992 he was engaged both by the Bilkent-University in Ankara as well as by the German-Portuguese Youth Symphony Orchestra. At the same time he performed successfully in many concerts abroad. Furthermore, he embellished the visit of German President Johannes Rau in Lisbon. Several recordings on disk and for broadcast were produced for the Westdeutsche Rundfunk.

In 1993 Christian Fitzner accepted a professorship at the Staatliche Hochschule für Musik und Darstellende Kunst Stuttgart. At the beginning of 1994 he was requested for the position of the Artistic Director of the Philharmonische Kammerorchester Wernigerode. This proved to be the beginning of a most successful collaboration, including for instance the foundation of the Schlossfestspiele Wernigerode in 1996.

Continuosly he worked as a guest conductor with orchestras such as the Broadcast Symphony Orchestra Johannesburg / South Africa and on occasions like the Merano Music Festival.

In 1999 Christian Fitzner was appointed Musical Director of the Philharmonische Kammerorchester Wernigerode. In 2004 he was awarded with the Art Prize of the Town of Wernigerode.

At the turn of the year 2009/2010 he toured with the Junge Kammerphilharmonie Nordrhein-Westfalen for three weeks with vast success Chinese capital towns including Shanghai and Peking.

The 20th anniversary of the German Reunification inspired him to found a German youth orchestra whose purpose would be to deal with the past and recent German history in musical terms. The domicile of the Orchester Deutsche Einheit will be Wernigerode as a historical centre of the country. Young people from all parts of Germany shall come together for the musical exchange as well as the political and historical.

The inception of the Orchester Deutsche Einheit will take place in July 2010 at the opening of the Schloßfestspiele Wernigerode under the patronage of the Minister for Economic Affairs Rainer Haseloff. For the turn of the year 2010/2011 the orchestra was invited to tour China under the conductorship of Christian Fitzner.