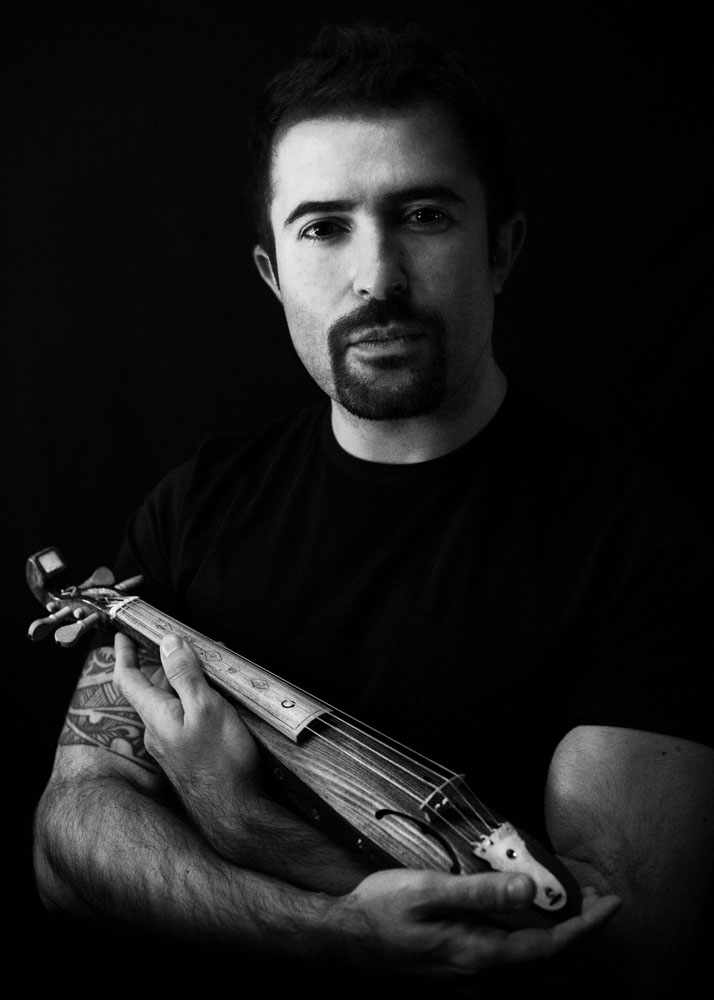 Christian Frattima, born in 1984, is one of the emerging stars of the Italian orchestra conducting". He graduated in violin with honors in 2003 at the age of 19 and won numerous violin competitions. His multifaceted talent led him to obtain a degree in Astronomical Physics, an Economics degree, a master's degree in performing arts management and a master's degree in musicology, but above all a master's degree in symphonic conducting at the Lithuanian National Academy of Music. He participated in numerous international masterclasses under the guidance of masters such as Jorma Panula, Dejan Pavlov and Valery Ghergiev and immediately began conducting in more than fifteen countries. Among conducted opera titles we recall: "L’incoronazione di Poppea", at Klaipeda Opera Theatre, directed by Jurate Wensk "Le nozze di Figaro" at Lithuanian National Opera, directed by Emilio Sagi, "Otello", at LNOBT directed by Eimuntas Nekrosius. "Cavalleria Rusticana" and “Pagliacci” at Teatro F. Cilea directed by Alessio Pizzech, “Aida”, at Cairo Opera House, directed by Hisham el Tally. “Salome”, at Borg Opera, directed by Pierre Dufais. “La Serva Padrona” and “Livietta e Tracollo”, by G. B. Pergolesi, at Milan Teatro Litta, directed by Athos Collura. “Dido and Aeneas” by H. Purcell, at Festival dei Punti Cardinali, directed by Susanna Guerrini.

Fascinated by ancient music, Frattima was one of the first conductors to stage baroque operas in the Baltic countries. In 2015 he founded "Coin du Roi", the only Italian company specializing in historically informed opera, with which he carries out a very intense historical research and performing activity of baroque and classical authors. With Coin du Roi, Frattima staged in HIP Italian premiere, the works "Xerxes" by G. F. Handel, and "Apollo et Hyacinthus’’ by W. A. Mozart, as well as many repertoire baroque and classical operatic titles.

He is currently artistic supervisor of Riga & Rundale International Early Music Festival and MusicaRiva festival, guest conductor of more than twenty international orchestras and author of numerous musicological essays in four languages, among which we recall, "Physical, psychological and mathematical aspect in the formation of a conductor'' [2010] and, "Jazz, folk and Slavonian music influence in Ligeti's etudes pour le piano'' [2012]. Frattima is also a producer and presenter of documentaries about early music, for national and international broadcasters, among which we recall “Retorica e Affetti - alba, mezzodì and sunset of the baroque opera'' for Sky Classica HD [2016]. From 2020 to 2027, Beethoven's years, Christian Frattima will record with Coin du Roi orchestra, Beethoven's instrumental Opera Omnia (symphonies, concerts, romances, mass) on historical instruments and following historically informed praxis.


Critics have written of him:

The orchestra, conducted by Frattima was in tune and rich of nuances; the stereophonic disposition of the instrumental ensemble in three different places of the theatre created a very interesting sound.
Ettore Napoli (Amadeus)

The real column of the spectacle was Christian Frattima, who conducted with great knowledge and talent a difficult score. Light hands and musical unity are characteristics of this young conductor, surely deserving more international attention.
Umberto Fornasier (operaeballetto.it)
Christian Frattima studied the manuscript of Berlin Staatsbibliothek and other original scores. The Maestro, who was very exigent, accurately cared about musical exegesis: the Latin libretto was sung according the German ecclesiastic pronunciation, grace notes and cadenzas were composed by him and orchestra tuning was 430 Hz, the diapason used by Mozart. Orchestra musicians, specialized in the early repertoire, play on period instruments with catgut strings and 18th century style bows. Orchestra’s execution is brilliant, secure and refined.
Daniele Capuzzi (revolart.it)

Frattima’s work was very interesting in the reconstruction of the musical text and also in the care of some important details regarding middle 18th century executive praxis. His conducting were brilliant and moving, Maestro was able to give back the freshness and the originality of the young Mozart.
Elena Percivaldi (classicaonline.it)

It is useless to repeat how fine did Maestro Christian Frattima, artistic director of Coin du Roi, in his musical exegesis work. His hand is recognizable: expressivity, precision, sense of beauty and modernity, noticeable even in 18th century repertoire. Frattima’s temper and aesthetic taste is surely high-level. Only one in Italy, Frattima does not just discover the rare pearls of baroque music, but also commits to reconstruct musical scores and librettos from manuscripts, in order to give back a more authentic result, possible thanks to his indubitable qualities of musician and conductor.
Marco Nebuloni (Fermata Spettacolo)