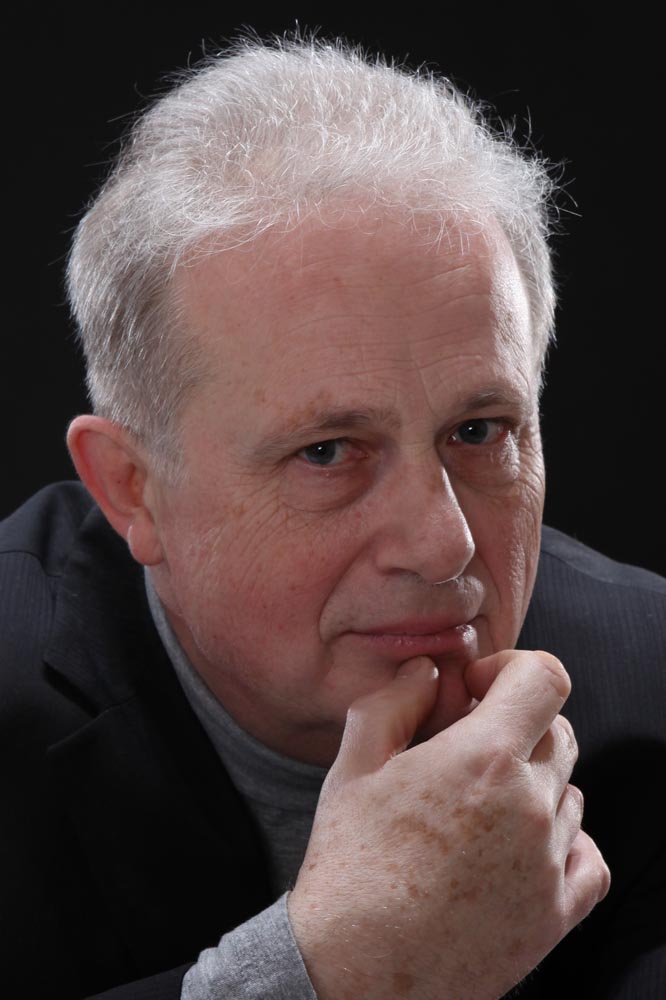 The Dutch, 1950-born conductor Gerard Oskamp, since September 2013 the Music Director of the Mitteldeutsche Kammer-philharmonie  (Central German Chamber Orchestra) was during 2002-2007 Generalmusikdirektor at the Landestheater Schleswig-Holstein in Flensburg, Germany.
He was educated as a cellist and played three years in the Philharmonic Orchestra Rotterdam. At the same time he studied conducting with Edo de Waart, Hans Swarowsky and later Ferdinand Leitner.

His career as a conductor started 1976 winning the first price in the „John Player“-competition in Bournemouth, England. This followed a close cooperation with the Bournemouth Symphony Orchestra and other orchestras in England.
Gerard Oskamp won 1980 the first price in the international conducting-competition of the Hungarian Broadcasting. A year later he gave his opera-debut at the Budapest State Opera with „La Traviata“.

During the next fifteen years he spent much time in northern Europe, where he worked as a much demanded guest with numerous orchestras in all Scandinavian countries. In 1986 Gerard Oskamp became Chief-conductor of the Stavanger Symphony Orchestra and was till 1998 artistic director of the Norwegian Wind-ensemble.

From 1994 Gerard Oskamp worked for three years as musical director of the opera in Rostock, Germany. At the same time he conducted numerous productions at the Opera in Graz and was a regular guest at the Philharmonia Hungarica.

Although he certainly conducts the complete musical repertoire, Oskamp is well-known as a specialist for performing Mozart compositions in a true stylistic manner, resulting from his education within the Dutch barock and classical tradition.  Also his Beethoven interpretations find highest acclaim!

During the thirty-five years of his career Gerard Oskamp produced more than twenty records and CD-s. Recently he recorded with the young star pianist Anna Fedorova the 3rd piano concerto of Rachmaninov. A live TV-recording of their November 2015 concert in the Amsterdam Concertgebouw is available on YouTube under:

As guest conductor he performed with over hundred and twenty orchestras from Seoul till Mexico City.