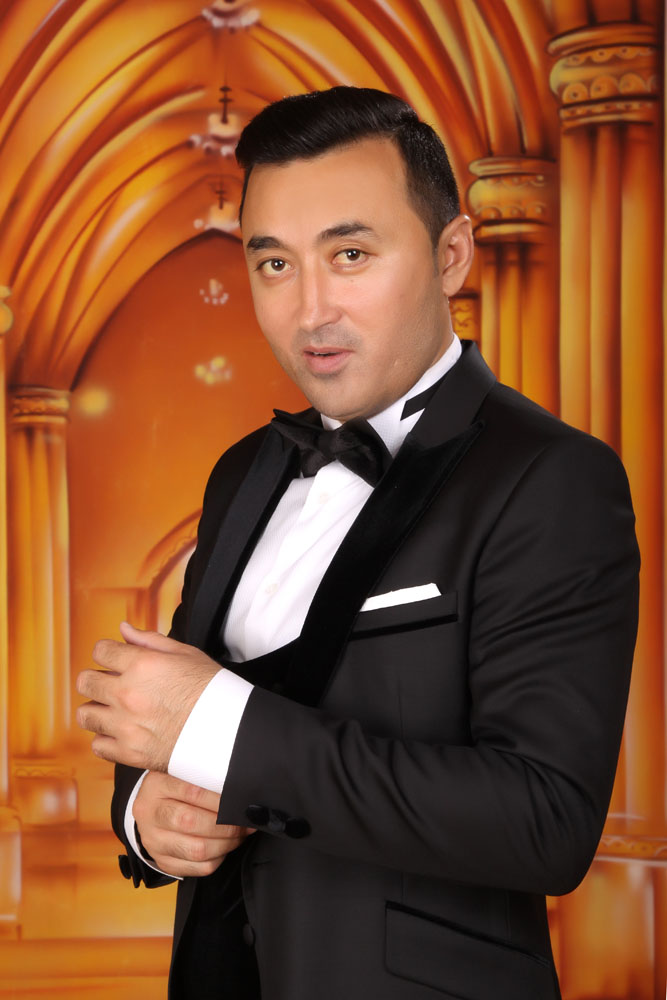 Usmanov Ramiz was born on December 14, 1981 in Arnasay district of Djizak region (Uzbekistan). After the end of the 9th grade of secondary school, in 1996 he entered the music school named after Yu. Rajabi, specializing in "Rubab". In 2000 he entered the State Conservatory of Uzbekistan, specializing in "academic vocal" in the class of Honored Artist of Uzbekistan, assistant professor A. Abdukadyrov.

In 2000 he entered the internship group of the State Academic Bolshoi Theater named after A. Navoi. From 2005 to the present – he is soloist of the opera troupe of the SABT named after A. Navoi. In 2008, he won the first prize at the regional competition "Romansiada - 2008" in Kazakhstan (Chimkent) and the 2nd prize at the International Competition "Romansiada - 2008" in Russia (Moscow). In 2010, he won the first prize and the title of "Best Tenor of the Competition" at the Vocalists International Competition named after Bul-Bul in Azerbaijan (Baku). He regularly takes part in all government concerts and cultural events of international importance.

Ramiz Usmanov is the owner of a voice which is rare in its beauty and richness, rich in overtones and colors, characteristic for both lyrical and dramatic tenor repertoire, which allows him to successfully perform a wide range of leading tenor parties. He regularly participates in all governmental and state concerts. In 2010, for his high achievements, Usmanov was awarded the title of “Honored Artist of Uzbekistan”. There are such parties in the repertoire of R.Usmanov as: J. Bizet, "Pearl Seekers", Nadir. J. Verdi, "La Traviata", Alfred. G. Verdi, "Rigoletto", the Duke. J. Puccini, "Bohemia", Rudolph. J. Verdi, "Troubadour", Manrico. In 2012 he received the Grand Prix at the T. Tulegenova Competition in Almaty (Kazakhstan). In 2013 he won the second place at the International competition "Competizione dell`Opera" in Austria (Linz). In 2014 he won the Grand Prix at the 1st Minsk International Christmas Opera Competition. In 2015 he received the title of “People's Artist of the Republic of Uzbekistan”.