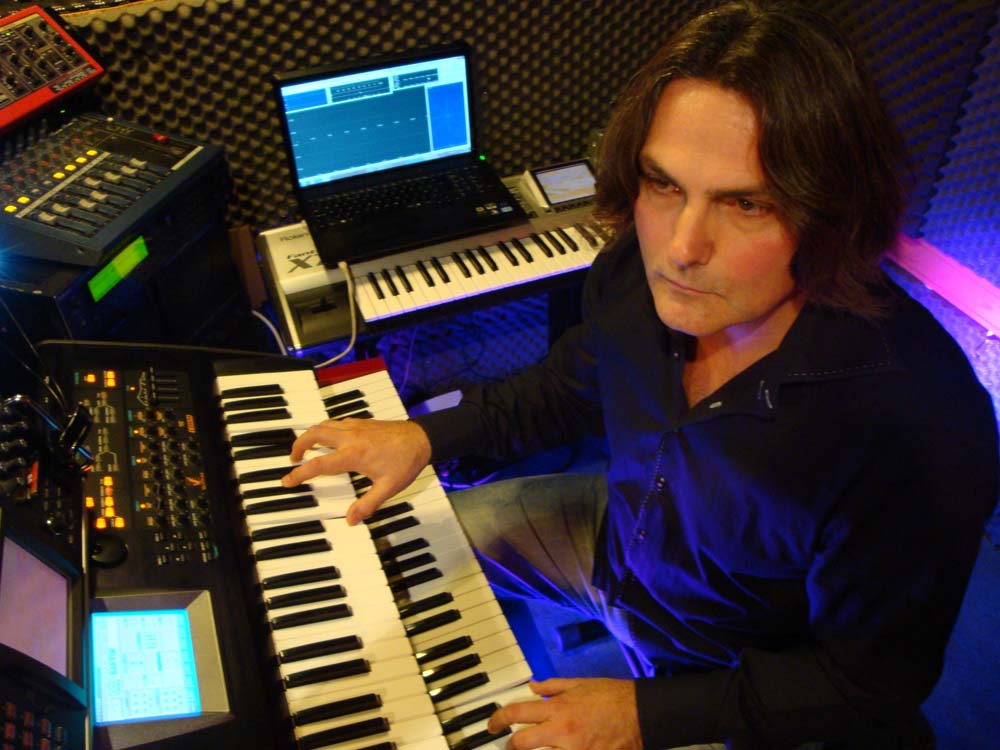 Andrej Kljakovic is a composer and visual artist. He is best known for his work with eclectic group Voices Of Nature and Kljakovic Eklektik Company. He was born in Zagreb, Croatia, where he studied classical piano from the age of 7 and later in the 80s studied at The Jazz Conservatory in Paris.
Kljakovic began his professional career working in several progressive bands in the former republic of Yugoslavia where he pioneered in first jazz-rock band Lotus.
In the 90s he worked as a producer in London for V2, Universal and Sony/BMG record labels and as a songwriter for Bucks Music Publishing. At the present he is signed with the USA/Croatian label IDM Music.  Andrej has written Tesla Rock Opera that is a multi media music play on life and works of great genius and visionary Nikola Tesla. Currently he is working on a new opus in a field of visual art and composing multimedia opera Transfiguration that is based on life’s and works of the High Renaissance giants Raphael, Leonardo Da Vinci and Michelangelo.